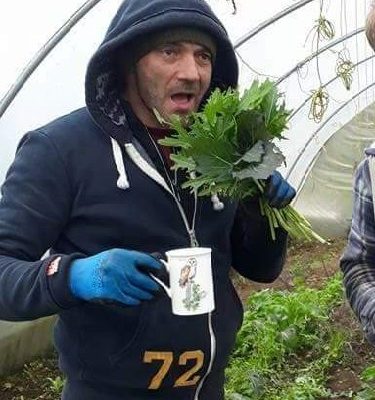 When Michael first registered to Norfolk Community College project in August 2017, he was struggling with a range of personal difficulties.  He had been unemployed for a long period of time and was unable to maintain relationships due to personal problems. Before joining the project he was not actively seeking work but knew he had to do something if he was to rebuild his life.

By engaging in 1 to 1 sessions with the project’s Employment Development Worker, Michael attended a range of support sessions; developing new communication skills whilst building his confidence levels – giving Michael a platform to address some of his long standing personal issues .  Michael’s progress soon gained momentum, as he started a volunteer position at Escape Project Allotments and completed a Level 1 Course in Horticulture.  During this period  he had even found time to volunteer at his local Mind charity shop!

It was a really team wide effort as Michael attended a host of the Norfolk Community College’s Confidence and Self-Esteem workshops as well as Interview Skills sessions.  Throughout this period Michael received specialist support from DIAL with benefits and debt issues.

Michael’s objectives at the start of the progress were quickly being realised; as his physical and mental health improved, he obtained a volunteer position which suited his passion for being outdoors.

Michael’s last remaining objective from the programme was to gain paid employment.

Michael didn’t have to wait too long until achieved his goal with the project;

Michael said:   ‘I am so happy with my life right now. I couldn’t have done any of this without the ongoing support of the Employment Development Worker. I needed that at the beginning. Attending the Confidence and Self-Esteem and Interview Skills sessions with Becca also opened my eyes to what it is, exactly, I need to do. So then I went out and did it. I have been sober for 8 months and have just secured a full time job! ‘